Yes it’s here once again, that lovely boost from a writing camp: yes CampNaNoWriMo really does help to add some focus to the everyday writing aim.

This time around though I am not rolling up prepared and pitching up an idea to write about. Nope, instead I’m having a good old clear out , a spring cleaning of thoughts and ideas if you will. This time around I am just typing, any little thing that pops into my head because let’s be honest my brain is filled with so many weird and wonderful (or just plain bizarre) thing that sometimes it gets a bit hard to focus on one solid project. so instead I feel like I need to get a lot of things off my chest, sketch out a few ideas for stories to get back to at a later date. Trawl through anything left unsaid that I just want to vent about but not necessarily out loud, and perhaps flesh out a character or three so I can use them in future.

My main aim this time is just to type and get back into the habit of it, with the idea to actually make it to the end of a NanoWriMo this time. This year I want to be more focused and actually complete the Novel draft. I would like to go in with some kind of vague plan and direction. OK, I know this will most likely change as the days near yet still if I’m prepared maybe I might just get there this time.

So I noticed today that there are only ten days to go before the next CampNaNoWriMo begins to get underway and I am already in turmoil about which piece of writing to carry on with. All I know for sure is that I am looking forward to getting stuck back into the everyday writing and I hope that previous cabin mates will be rejoining for the July camp as they were so encouraging and supportive

I know that I want to save my last storyline and perhaps get stuck into that for November (yes I am now a full convert to Nanowrites) and use this one for something different.

Lately I have been catching up with some poetry writing that tends to usually come in drabs and spurts yet lately I have been feeling somewhat inspired, obviously some weird conversations have aided me in this 🙂

I also had some wonderful and fun prompts given to me by friends both knowingly and unbeknown so that has been fun and some even taking me out of my usual style of writing. A few bits even leading into what could only be described as risqué, which is fun to write however it can be a little blush worthy to share.

So the question is do I just throw myself over the hurdle or reign things in and call it ‘female fiction’ which just sounds so lame. 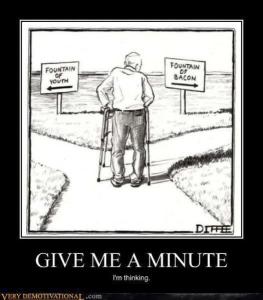 Might not be much for some but I’m pretty pleased with it. Tonight I have tagged onto the start of the story and also made some notes about how my (now two parts) stories merge as one 🙂

Today I have also been thinking about old stuff I have written and sifting through some bits and bobs and I found the start of a story from many years ago. But what I did start to notice was that my fallback ‘bad guy’ name seems to be Steve.

I don’t know why and I’m sorry if you are a Steve and not a bad guy but I seem to have it written into a lot of pieces. I don’t even think I really know a Steve and I don’t think I was ever really slighted by one so I don’t know why I have been so mean to them in my writings so far *scratches head*

He huddled in the corner behind two steel drums full of oil, his hands shaking and sweat dripping from his forehead; then (surprisingly even to him) Jason began to pray softly under his breath.

He peered though the crack in the barrels, hoping that Steve would have given up the search. He crouched lower to the ground, tucking his limbs in as tight as he possibly could; like a hedgehog hiding from a fox. The hard footsteps confirmed that he wasn’t alone in the room and the red stains on the floor were making Jason feel uneasy.  A whirling noise caused his body to jerk in surprise and he cursed himself for hiding in a bay with only one exit. Why hadn’t he just run home at lunch time, why hadn’t he called the police or had the guts to approach the boss. It was only supposed to be work experience and now Jason found himself trapped in a room with Steve the maniac and a menacing power tool. The growling sound of a drill came nearer and seeing a steel toe capped boot through the crack, Jason flinched upsetting a blood red stained rag from the top of the barrel. As it fell onto his face Jason let out a high pitched squeal , then became aware that the noise had come from him and clasped his hand over his mouth. But it was too late, Steve loomed above him, nudging the heavy barrel aside with a wicked grin on his face.

I am not sure about everyone else but for myself I seem to hit brick walls when it comes to self motivation nowadays.

For instance, when I was young, work seemed to be a lifestyle, I would always try and learn something new or find some way to push myself even if the role I was fulfilling was what others might call meaningless. Regardless of whatever job I would do I wanted to do it well and I had an enthusiasm that was never lacking. Some jobs were never left at work and spilled over into personal life and often they intertwined but I never seemed perturbed by this. It is only recent years that I feel myself waning. A very definite drudgery in my soul that defines the way I feel even before I am there. I am not sure if it’s my age or a boredom seeping in but either way it means that my motivation levels affect the other parts of my world.

So for most parts I find myself trying to join in challenges or give myself goals, just little ways to encourage myself to actually do things rather than languishing in a world of vegetation. I can’t even blame TV as I don’t own one, but I know I need to give myself a kick every now and again just to make sure I am still awake.

Fueled by a love for books, history and chocolate

The Depth of Now

Life, love and alienation along the way...