I saw three ships a sailing..

Right out on the sea

But someone started wailing

*waves pom poms for those getting through the first week of CampNaNoWriMo — you can do it!!! 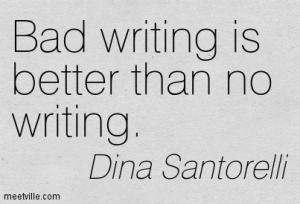 Well I have taken a couple of days off the blog update but instead piled those words into my story which means that I am now just jutting slightly ahead of where I should be and gives me some breather space. and I am glad to have noticed that arrow has zoomed up and is now prodding 75%

It’s all going so fast! I am happy with things though as it feels productive and I feel a little more relaxed on a day to day basis. Hooray for CampNaNoWriMo!

It was also quite amusing to help create 112 messages for people to log into (not all mine) but in the cabin we were helping each other over some road blocks and believe it or not, this –

Was key to making sense of someone’s plot. I love that buttons and coins can become peoples characters in discussion, it reminded me of that great scene in Bottom where they are replacing chess pieces with random objects.

Not a rabbit shaped hat but a hat for a rabbit.

Not a real rabbit of course, it’s  a chocolate one. No not a chocolate hat…oh this is just getting confusing now!

Am not sure if it’s the utter lack of sleep I am feeling at the moment after not sleeping since Saturday night or the fact that I am still riding the sugar waves of diet coke and cheesecake.

Funny thing cheesecake..you  wouldn’t think that cheese could be improved upon but suddenly you add a cake after it and it becomes stunning. Well it does if you want something sweet anyhow, I mean I can’t imagine that a cheesecake toastie would be very nice. Maybe on brioche or a sweet bagel  … hmm

*reigns in the crazy and starts again*

Well its 6th day still for the camp and I have just finished up my quota for the day. I couldn’t carry on the story on account of my ditzyness at the moment however I was able to jump into another scenario that I want to come up later in the story so it will get linked in eventually.
I think I might have to make up some of my own beasts too, it all gets a bit samey when every fantasy style book you read ends up full of spiders, wolves and dragons I guess. I have not actually put my characters in a certain era or in a certain world as yet so I still have some room to play around. I think as long as I don’t start bringing in the robotic dragons just yet then I shall be fine for keeping it within its comfort zone.

Right back to the final tweaks for my swap box for camp, I think finding a box might be a bit of a pain though hmmm. I didn’t plan this out at all did I!

Fueled by a love for books, history and chocolate

The Depth of Now

Life, love and alienation along the way...