Every time I log onto my email these days I seem to have an overflow of emails trying to sell me something or offer me some extra wonderful discount or bargain. I can’t blame the companies for trying as they are only using the tools at their disposal and most are places that I have or do shop with, so sometimes I do admit to taking the bait. Now whilst I could go and complain about the companies that overload me with nonsense, instead I thought I could share some of the more positive experiences and maybe share some sites that actually do save me money.

For starters one of the best things I did do was to follow Martin Lewis’s advice and sign up for Topcashback . It has by far been the best source of extra cash back for me since I shop mostly shop online, and all it means is I log into Topcashback before making my purchase. Basically if you shop online then you really do want to set up an account here, you can opt for the money straight back into your bank or swap for another voucher of which there are many choices ( personally I use the Amazon credit as it adds and extra %)

Next up the free lottery

But it can’t be free you say, nothing is given away for free!

Again you need to make sure you don’t use adblock for this domain however I haven’t encountered any issues with it as yet and I have been clicking it a month now. If you join the site you will notice that there are a fair amount of advert on there yet these are the reason that there can be anything given away free: for the website earns money from this advertising, which in turn covers the payout for an
y winnings given. So you might see it more of a business ideal than a scam. For my part, I think it’s a great idea: it only takes a minute to give an extra 4 clicks to see the winning postcodes. Let’s be honest most of us do this to random links anyhow so it’s not really wasting time, it’s using it for something more useful than clicking Bored Panda (not that this stops me either).

Then we have the review companies which supply you free stuff in return for a review, and please note that they don’t ask for a good review just an honest one.

So these are the two I joined up with and so far have had a couple of free / discounted items without too much extra work for them.

Bzz Agent – This is a nice site to sign up with if you want to fill out a few surveys and then share your findings if they post you something out to try out. You don’t need to be a blogger or anything just write it up on their website.
I will say that if you do try this though make sure you read the notes before you add as review as some product campaigns want to be advertised and connected to Bzz agent and some campaigns don’t

AMZ reviewer – This site is great if you use Amazon prime as many things can then be bought at a hefty discount or free since you would already have free postage. Basically you just sift through the items as request anything you might want to use and review. It’s a good place to search for items you were going to buy anyway. 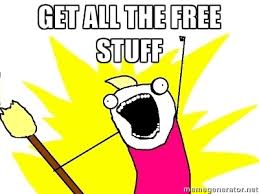 After my earlier post rallying people to add their voices behind good reviews as well as bad, I decided to follow my own advice. So I went about and signed up to a couple of review sites to get free .. er to promote honest reviews (and I like free stuff).

So here goes for my first one:

I recieved a free sample from L’Oreal: A hair dye (which I had a choice of colour).

First impressions of the L’Oreal Casting Creme Gloss were this – Finally somebody thought about long hair!

The conditioner was bigger than the usual ones in dye boxes and having long dry hair I often feel like my hair could do with more of the nourishing treatments. So kudos to L’Oreal for that.

First up the usual question: What will it smell like?
I was pleasantly surprised with this one, and there wasn’t a strong smell like some dyes can produce (cue complaints from partners or flatmates). In fact it was actually a nice light perfumed scent, so bonus points there too.

The applicator was a good size, easy to handle and not overtly large in my small hands. Oh I almost forgot to mention the gloves..

What about the gloves?
These ones were a new type for me to use, as they were a thin textured type that were easy to open up (some have static cling) and just felt of a higher quality than my normal box dyes. These ones were strong and didn’t leak, the wrists were shaped so no extra water got into the gloves whilst rinsing. Also as stated above, I have ridiculously small hands apparently and most gloves are like comedy ones which fall off but these were a really good fit for me. In fact these were the only pair of gloves that have lasted the whole dying session for me so I’m happy not to have the usual stained fingertips.

Ok, back to the actual dye: did it drip? What was the consistency like?

It is a gel like thickness. If anyone crafts then you might understand what I mean by the comparison: it is similar to liquid pearls. I would be lying if I said it didn’t have a few drips, however I will mention that I am also apparently more messy than any other female when dying hair, so you might not want to take too much notice.
However the drips did clean up better than expected and my ears are 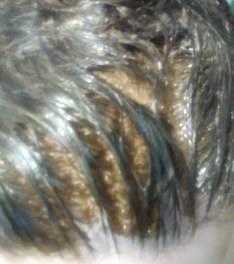 not a different colour so this is a good thing.

I was a little worried in the waiting stage as I feared for my grey roots becoming ginger ones (no offence to anyone ginger, I just thought roots only would look odd). Also in the waiting stage there were no drips and no itchy scalp or irritated eyes like some dyes can produce.

Yes but did look good after?

Well yes … I think, It does seem to depend which light and angle it gets looked at and I think next time I would opt for a darker colour. However it does look much better, and bear in mi 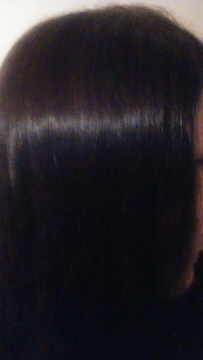 nd that my colour was already a mismatched bodge job so it did well.

Does it feel better?

Yes definitely, my hair feels soft and smooth and also smells good too. There is a much better shine on it now and the extra conditioner made a big difference for me to be able to cover all of my hair generously and still have some left for the next wash.

Would you recommend this product?

Yes I would! Personally I would try out another shade for myself, however I would try L’Oreal again and was pleased with the process and result.

Every now and then I find myself in a little dip of moods so these days I try to keep a bit of money to the side so that when it hits I can have a little shopping splurge to cheer myself up again. Nothing like being woken with presents through the post, it’s like Christmas, only the postman doesn’t have a white beard and I tend not to leave him any milk and cookies out.

Anyhow I thought that since my twitter account might have been feeling a little Warcraft heavy of late and I didn’t get around to helping anyone out with an #FF yesterday then it might be time to show a bit of crafter love.

So here are my latest goodies from a splurge (in no particular order), and links to the wonderful artistic people so you can check them out for yourselves. 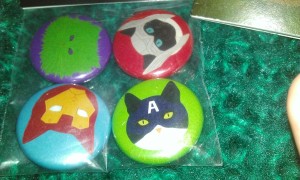 I really liked her style of art and had been enjoying seeing the Alice in Wonderland theme pictures flashing up on Twitter, however there was something extra special about the Bear & Maiden one that I loved but I couldn’t justify a print with nowhere to put it. So when it got turned into a notepad that was me sold, and I was glad to find the funky kitty Avenger badges too. Oh and the bargain print that was on sale…well I couldn’t pass that up could I? 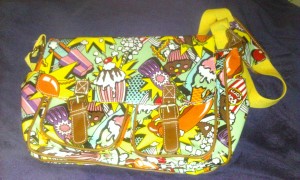 Another twitter spotted purchase .. yep I’m a sucker for em. But this bag was the perfect accompaniment to a dress that I have and after noticing my trusty canvas messenger bag was on it’s way out then I thought this could be a perfect replacement. (see how well I talked myself into that there). I have no excuse for the purse though other than the fact it amused me. 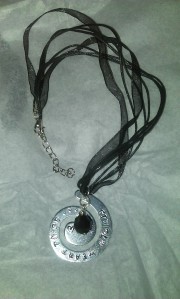 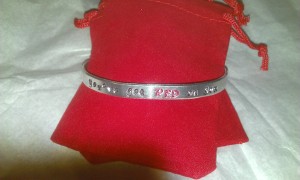 Just a random Etsy find for me as I wanted something with the hand stamped lettering and was wavering over to the geeky side of things. I found the Nightmare before Christmas spiral first but then noticed The Shaun of the Dead bangle was on sale too so again <bargain hunter senses alerted>
They also sell some lovely looking spiral rings but I have no idea of my size so maybe that’s something for a future purchase 😀

All of these purchases came with speedy delivery & packaged with care, so actually it worked out better than Christmas because nobody used Yodel to deliver *cheers*

So that’s three places to check out, I have plenty more but I wouldn’t want to over load your credit cards all in one day 😉

The Depth of Now
lastflyingcow.com

The courage to draw a line!